… or maybe just a simple flashlight. 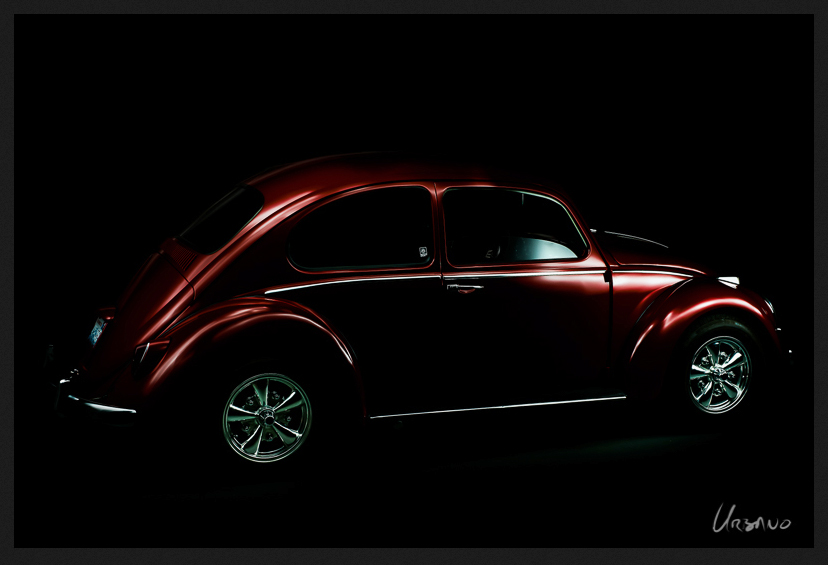 Much of the early part of my photography career was spent doing studio photography. Large powerful strobe systems running through any number of light modifiers such as umbrellas, light boxes, snoots, etc. It was challenging and fun to get the most out of these complex and cumbersome lighting set ups. It was quite a rush to get everything set and then trigger the sometimes massive explosion of light with a quick click of the shutter. Recently I have been experimenting with a far less dramatic method of artificial lighting called light painting.

Over the past few weeks I have been trying my hand at light painting. Replacing an entire studio full of complex lighting equipment with a simple flashlight. I am thrilled with the results and excited by the creative possibilities.

The 66 VW Beetle belongs to a neighbor of mine, who not really knowing what the heck I might be up to, was kind enough to lend me the car for a few nights. This was my first concerted attempt at working up a full finished image using the light painting technique. I had played with the process on a limited basis twice before. Once on my Wife’s bike and once with the front grill of my brother in law’s Tesla, but the VW was my first real “Ok… I think I can really do this!” attempt. 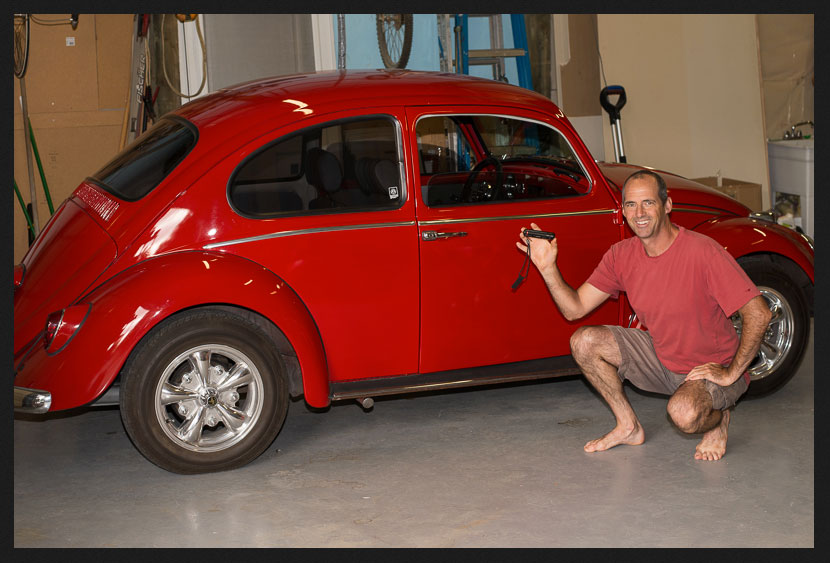 In my completely dark shop I spent about three hours over the course of two nights making a series of light painted exposures. With my cameral mounted on a tripod I experimented with 30-60 second open shutter times and various other camera settings while using the flashlight to ‘paint’ the car with light. Being able to immediately review the previous exposure I would then make a few mental notes of what seemed to be working and what I needed to change for the next exposure. Like refining a pencil sketch… but starting from scratch each time.

Studio lighting set ups can be complex and cumbersome, especially for large subjects such as a car. That I could replace thousands of dollars of studio lighting with a $30 flashlight is really fun. That I can possibly do things with this technique that are not even possible with traditional studio lights has my creative juices really flowing. More to come I am sure!

PS – To give credit where credit is due… I was inspired to give light painting a try after sitting in on a short demonstration by photographer Dave Black. Light painting is not new. People have been running around in front of their cameras ‘scribbling’ with flashlights and sparklers for years. It was something Dave Black said about replacing large light modifiers with a moving point source of light that clicked with me. Having spent plenty of time wrestling with such equipment it was a real ‘ah-ha!’ moment. It’s good to be back in studio again.